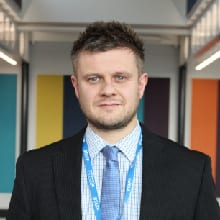 David commenced his role of 14-19 Recruitment and Progression Manager at Preston’s College 18 months ago, progressing an established 13 year career as Schools Liaison Coordinator at a different college.

Commenting, David said: “What attracted me to the role was the natural advancement into a management position and the associated professional development that I would undertake as part of my new remit, in particular the ILM Level 5 Leadership and Management qualification.”

The programme provided a foundation for David to start his management journey, equipping him with the knowledge, skills and ultimately the confidence to tackle business issues with an innovative mindset.

Amongst many business themes that were covered, leading innovation was particularly pertinent within the programme, allowing David to devise effective methods and approaches to expediate and manage change within the organisation; a topical and ever present issue in the current climate.

Furthermore, David gleaned many theoretical and practical insights that enabled him to become an effective leader, empowering and motivating his team to achieve business objectives. 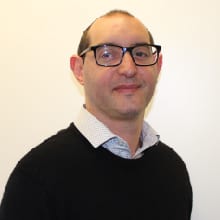 Having managed every aspect of large businesses within the hospitality sector for fifteen years, Steve undertook a career change, moving into a role where a Leadership and Management qualification wasn’t actually required.

However, using his own experiences from previous positions, where he was both managed and also led teams, he appreciated that most managers didn’t achieve management degrees or qualifications, resulting in some of them being naturally good at it, whilst others struggled, as they weren’t equipped with the tools needed to succeed.

Excelling in his previous career and known for his invaluable people management skills, Steve realised that he never really took up or was provided with the management training needed to become an all-round successful manager. In his words, “he missed out.”

Despite now not leading large teams in hospitality, Steve firmly believes that the knowledge, skills and application of that knowledge throughout his Level 5 ILM qualification has helped him in his current role, where he is working in a dynamic team, engaging with a range of stakeholders on a daily basis.

Perhaps more importantly though, Steve enjoyed his course, learning new theories and techniques and also realising that some of the processes and actions he implemented throughout his fifteen year management career actually made sense and were the right things to do. 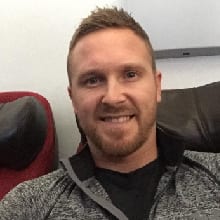 Dan joined Preston’s College just over 18 months ago, as the Employer Engagement Manager within the Apprenticeship Team, having previously worked as the Training and Development Manager for a North West Training Provider within the Sport and Leisure Sector. After more than 10 years of teaching, assessing and supporting people through apprenticeships, Dan was excited at the thought of working for a large college that had much more to offer within the world of apprenticeships.

He also felt that Preston’s College could offer more opportunities for him personally, allowing him to develop as a manager. Having always been keen to learn new things, Dan enrolled upon the Level 5 ILM Leadership and Management qualification. Commenting, he said: “This qualification has given me the ability to enhance my knowledge, skills and behaviours as a manager.  I believe the course has enabled me to better support my team with more efficient and effective ways of working and additionally, it has given me the confidence be able to manage more challenging situations.”

Continuing he added, “I have found the business themes covered on leading innovation and change, managing for efficiency and effectiveness and becoming an effective leader to be extremely helpful and insightful during the current challenging times. Furthermore, I have really enjoyed learning about some of the theories and approaches covered within the management course and I have tried to implement these in my day to day activities.”